Find out more about the homegrown talent featured in

our TV commercial, who have risen to life’s challenges on their way to the top. 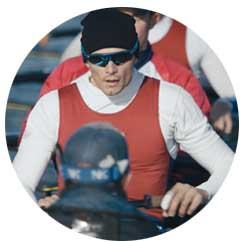 Talented rower aiming to particpate in the 2020 Tokyo olympics 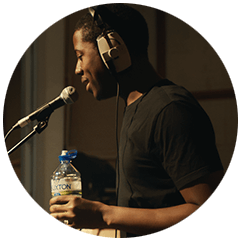 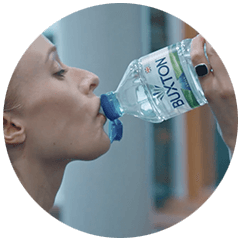 Josh Bugajski (27) is not, perhaps, your typical Oxford Boat Race rower. He grew up in a rough part of Stockport where he lived with his Mum, Dad and brother. When he was just 7 years old, his father, a conman, left the family with nothing, to fend for themselves. This was the beginning on many years of financial turmoil with bailiffs regularly knocking on their door.

After his Mum eventually pulled the family out of this difficult situation, Josh went on to study Pharmacy at Cardiff University where he joined the rowing team at 20 years old. He then studied Oncology at Oxford, joining their rowing team too. His resilience, ability and success led him all the way to the GB squad, where he’s now tipped for great things.

Future Goals: He’s determined to win a medal at the Tokyo 2020 Olympics.

South Londoner Moses (27), first picked up the sticks at his school in Lewisham aged 13, where he was taught by British jazz drummer Bobby Dodsworth. While studying at Trinity Laban College, he became a regular at Tomorrow’s Warriors jam sessions at Soho’s Spice of Life pub. Raised on both Miles Davis’s Kind of Blue and Dizzee Rascal’s Boy in da Corner, Boyd’s musical journey has been shaped as much by club nights in Peckham as it was listening to old Blue No LPs.

Georgie (27) joined the Norwegian National Ballet Company in Oslo in 2015, performing in a sell-out showing of The Nutcracker. It was an achievement against the odds for someone who was told as a child that she would be too tall to be a gymnast, suffered several injury setbacks and as a teenager was bullied by her fellow ballet students because she suffers from Tourette’s syndrome, which causes muscle spasms (but does not affect her speech). She now draws on her Tourette’s as an influence in her modern dance, and wants to continue exploring this as her inspiration, as well as performing in top level ballet shows such as Swan Lake.

Future Goals: To eventually return to the UK as a top choreographer.

Top stories for you

Drinking water on the go whilst commuting

Why Do We Need Water ?

Good hydration is vital for keeping your body working the way it should be.

Join the Big Swig with Buxton Water and be on your way to 2L a day.